A born and bred Tasmanian, Casey Abblitt moved to Melbourne in 2003 to study physiotherapy at La Trobe University, graduating in 2006 with first class honours.  After being given a job in private practice by one of her lecturers, she stayed around for 4 extra years, also working in netball, soccer and Australian rules football.   She returned to La Trobe University to complete her Masters in Sports Physiotherapy in 2015 and is an APA titled Sports Physiotherapist. Casey Abblitt. 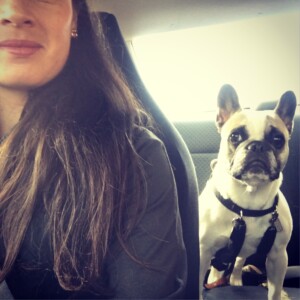 Following her love of cross country skiing, Casey lived in Norway for 3 years where she became one of 5 million people in the world who speak Norwegian, most of whom also speak English.  On her return to Australia, Casey moved to Canberra for a position at the Australian Institute of Sport where she worked predominantly with the Basketball and Netball Australia Centre of Excellence programs, while also gaining experience across a wide range of sports such as volleyball, waterpolo and track and field.  After leaving the AIS, Casey again followed the snow, spending a season working in Thredbo.  She is currently head physiotherapist with Canberra Gunners basketball team and Canberra Cavalry baseball team, and contracts for Basketball Australia.  Casey also enjoys combining work with travel, having toured with Volleyball Australia to Thailand, Netball Australia to South Africa and recently attending the Sports Medicine Australia conference in Malaysia as an Asics delegate.

When she isn’t working, Casey likes to bake, recently mastering the art of crumpets and homemade bagels.  Fortunately for her health she also loves to run, hike and cycle.  Occasional Casey also dog sits a French Bulldog names Franklin who loves to come to work with her and eat baseballs.